Summer Solstice, or Midsummer is a magical time of year.

That anticipated season of longer days and brighter sun that makes summer so great. It is the longest day of the year in the Northern Hemisphere, where in the Southern Hemisphere, is the the opposite. The word Sol + stice derived from the combination of the word ‘sol’ sun and ‘stice’ to stand still.As the days lengthened the sun rises higher until the sun seems to stand still. This event only happens twice a year – Winter and Summer. The summer solstice also has other names: Alban Heflin, Alben Heruin, All-couples day, Feast of Epona, Feast of St. John the Baptist, Feill-Sheathain, Gathering Day, Johannistag, Litha, Midsummer, Sonnwend, Thing-Tide, Vestalia, etc. It is a time of great joy and celebrating life. Bonfires are often built as a part of that celebration.

Summer is a Season to Celebrate

Since ancient times, summer has been a time of great celebration. The sun is associated with life and crop growing and one crop that had a special significance at this time was herbs. This time of year was also said to be special for herbs and believed to be a time of magic. It is believed that herbs picked on the solstice possess a special power to ward off evil. Pagans wore garlands of St. Johns Wort to protect themselves.

The ‘Magic’ of Summer

It was thought that Fairies and other spirits were abroad on the solstice especially in the evening. William Shakespeare wrote the most well known example of this in his play, The most “A Midsummer Night’s Dream” about the faerie king and queen.

I know a bank where the wild thyme blows,
Where oxlips and the nodding violet grows,
Quite over-canopied with luscious woodbine,
With sweet musk-roses and with eglantine.

Another literary mention of the solstice and its magical powers is in J.R.R. Tolkien’s Lord of the Rings: Aragorn weds Arwen in Minas Tirith on midsummer’s day. 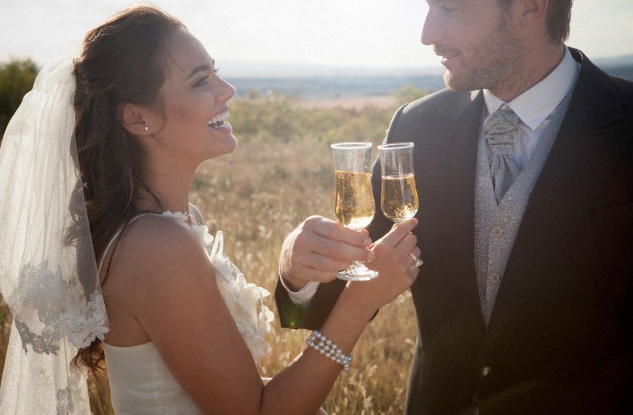 For centuries, civilizations have celebrated this time of the year. The most enduring summer celebration connection came from the Druids who celebrated the day as the ‘marriage of day and night’, This is where the belief that it is ‘lucky’ to wed in June stems from. Furthering this connection, is the Pagan name for the Midsummer moon they called the ‘honey moon’ made for the mead of fermented honey that was part of the wedding celebrations at the Summer Solstice celebrations.  “In some traditions, newly wed couples were fed dishes and beverages that featured honey for the first month of their married life to encourage love and fertility. The surviving vestige of this tradition lives on in the name given to the holiday immediately after the ceremony: The Honeymoon.” (Quote from solsticemankato.com) Tradition also dictates that this is the best time to harvest honey from the bee hives.

The solstice is the ideal time to stage your own celebration, light a bonfire or maybe plant and pick some herbs. Here’s an intriguing tea recipe I found:

Shakespeare’s Tea for a Midsummer’s Night

2 cups mint (peppermint or spearmint or 1 cup each)
1/2 cup marjoram
1/3 cup whole savory leaves
1/4 cup lavender flowers
Mix thoroughly and store in tightly covered container. To use, steep one teaspoon per cup of briskly boiling water for 10 minutes or so to taste.

No matter how big or small, welcome the beginning of this magical season; eat, love and savor…break out some great fresh food, call over your friends, open a bottle of wine and toast the solstice together!

EAT LOVE SAVOR® is a different kind of luxury lifestyle magazine and bookazine for lovers of timeless luxuries. We are a mix of inspiration and teaching about true luxury. We convey taste and elegance. And inspire you to be a part of an elegant lifestyle. Both an online magazine and a luxury print bookazine - a collectible, timeless coffee-table publication designed with a high quality, artistic sensibility & zero advertising. Our online magazine is blog style. Our very special high end book-style magazine is unlike any magazine you've ever seen or experienced! A timeless immersive luxury experience with content relevant years after publication. EAT LOVE SAVOR® is named on the Top 5 Luxury Magazines (Notable Consideration) a list that includes Bloomberg and listed in the Top 10 Best Sites for Luxury, a list that includes Louis Vuitton and Dolce and Gabbana; Listed as a top luxury lifestyle magazine to follow 2018, 2019 and 2020.

EAT LOVE SAVOR® is a different kind of luxury lifestyle magazine and bookazine for lovers of timeless luxuries. A beautiful and elegant mix of inspiration and teaching about true luxury. Ad-free. Online and in print, a set of collectible, timeless, In print, a timeless collectible set of coffee-table luxury 'bookazines'.

How can I Contribute?

Available Bookazines in our e-Shop

Tweets by @eatlovesavormag
Do NOT follow this link or you will be banned from the site!